One of things I hear when there are Jews in the news accused of doing terrible things is that we are are own worst enemies.

There certainly have been Jews that have done the wrong thing and should face justice. We do not, however, commit a disproportionate number of crimes, but we get a disproportionate number of accusations that these crimes were committed by Jews simply because they were Jews, and that Jews are intrinsically evil and depraved. These accusations have justified two thousand years of antisemitic violence.

I also hear the charge that we are our own worst enemies when Jews fight over Israel’s policies or American politics,

I don’t think this is true. We certainly argue and fight with each other, and we will never, ever come to a complete agreement on anything. Disagreement is fundamental to who we are, but we must never think of each other as enemies.

From the ancient Romans and Babylonians to Stalin and Hitler and their followers, our enemies have been those who refuse to allow the idea that Jews should live freely and safely in the world. It is not our divisiveness which led to so much destruction and loss. Even if we had been united, the results would have been very similar.

I want to think about Tisha b’av differently from the way we have been discussing it for many generations, which has been largely blaming ourselves and our actions and divisiveness. I do not think that is healthy or fair, especially in a post Holocaust world. Nothing we could have done would have justified what happened to us. If we blame ourselves for our suffering we are also implying that other people deserve their suffering.

Our sages say that the Holy Temples were destroyed mipne sinat chinam, because of free flowing hate. Maybe the rabbis did not mean just the divisiveness of the Jewish people, but the hate that seems to flow between all people who feel different from each other or who have different ways of viewing the world. People hate each other, and then look for a reason why.

Judaism is about choosing not to hate, not each other, and not others for being different in any way. We can hate the terrible things that people do and try to stop it or change it, but we never start with hate, especially against entire groups of people.

We can detest what their leaders do, but we have to work on connecting with the followers. This is not easy. Anger is understandable, but acting out of anger is often self destructive. Breruriah in the Talmud says to her husband that the phrase yitamu chataim min Haaretz means that sin will be eradicated, not the sinners. We must always defend ourselves, but we need to transform people, not destroy them.

This brings me to the fast on Tisha B’av, the only one except for Yom Kippur that is twenty five hours.

Why do the victims of hate fast and not the oppressors and perpetrators? Shouldn’t our enemies fast on Tisha B’av instead of us? We do so to remind ourselves of our humanity, for our capacity for grief and our potential for rebuilding no matter what happens. We remember our obligation to bring blessing into the world and not more hatred.

It is not easy. We are all really stressed and frustrated and afraid in so many ways. This is exactly when we need to find the inner resources to hate less and to try to solve problems in the world in a better way.

We can disagree on policy, but we cannot feed into the hatred that is sweeping the world again, the sinat chinam, the free flowing hate that is filling so many hearts. We can rise above that and help others, too. One fewer word said in anger, one more word said with patience and understanding could make a world of difference, even in our own families and communities.

Tisha B’av reminds us that we are not each other’s worst enemies. We may disagree on how to accomplish it, but each of us is a partner in stopping the hatred that brings so much pain into the world, even when we are afraid and suffering ourselves. 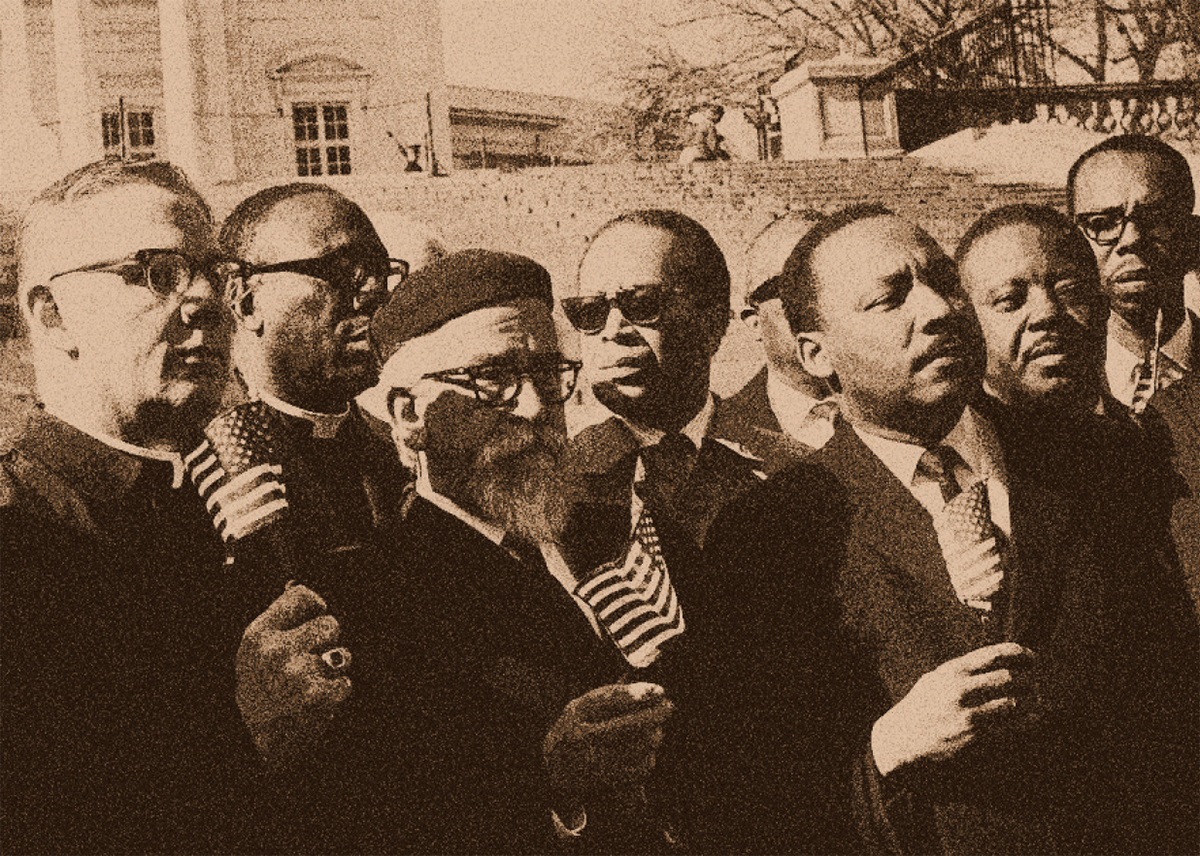 There is a reason that in the Ten Commandments, whose revelation we celebrate beginning tonight at Shavuot, the commandment of I am the Lord Your God is juxtaposed with Do Not Murder.

When look the other way at injustice, even if we did not commit a crime ourselves, we remove God’s presence from the world. Standing up for others, standing with others, and standing for justice is not just part of Judaism. It is the very foundational idea. It is how we create the world that God can feel at home in.

This is a painting I did a number of years ago to celebrate the strength and courage of Ethiopian Jewry, who has lifted all of us to greater spiritual heights. It is a reminder that there is no “they” only “us.”

A sweet and joyous and meaningful Shavuot to all. 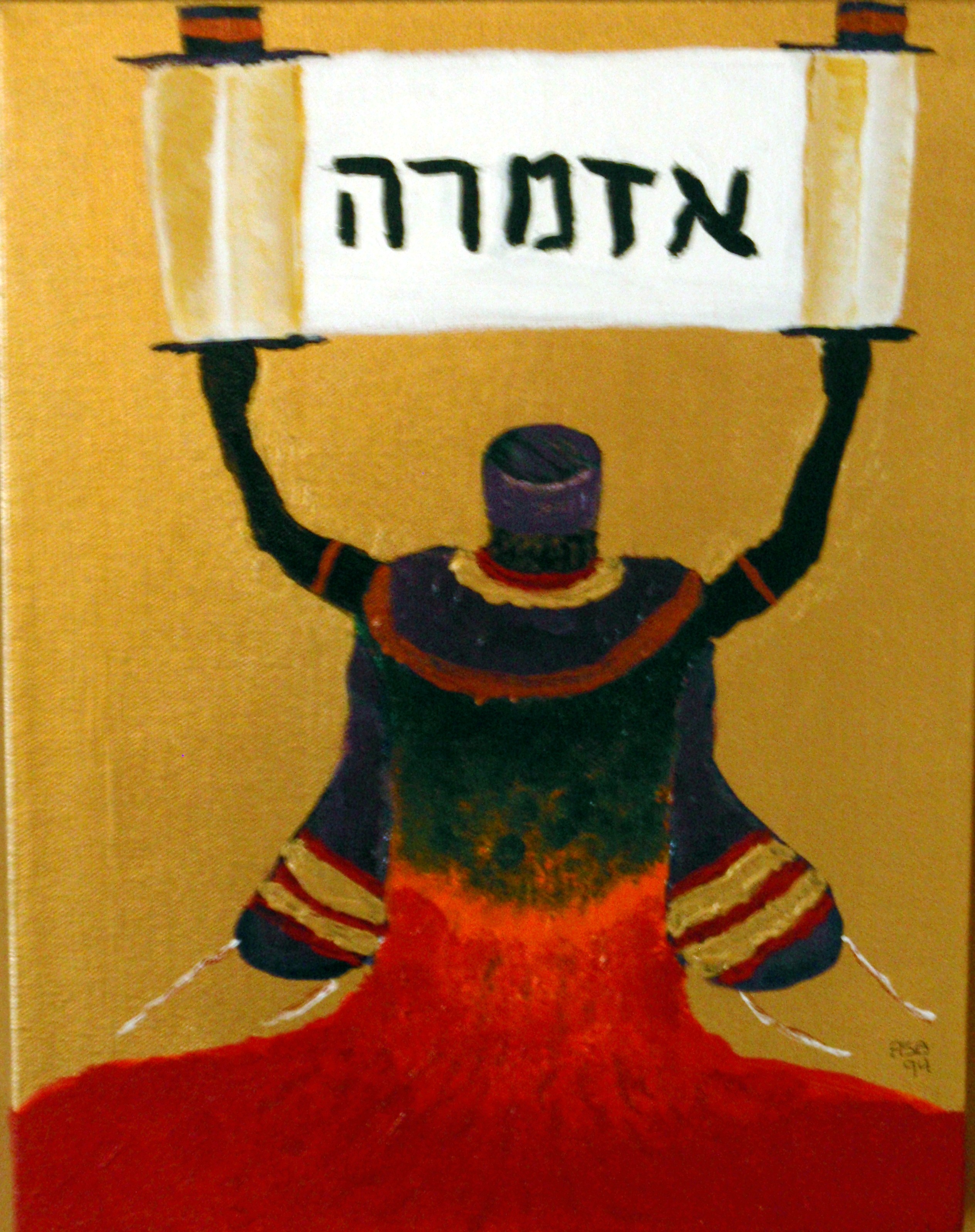